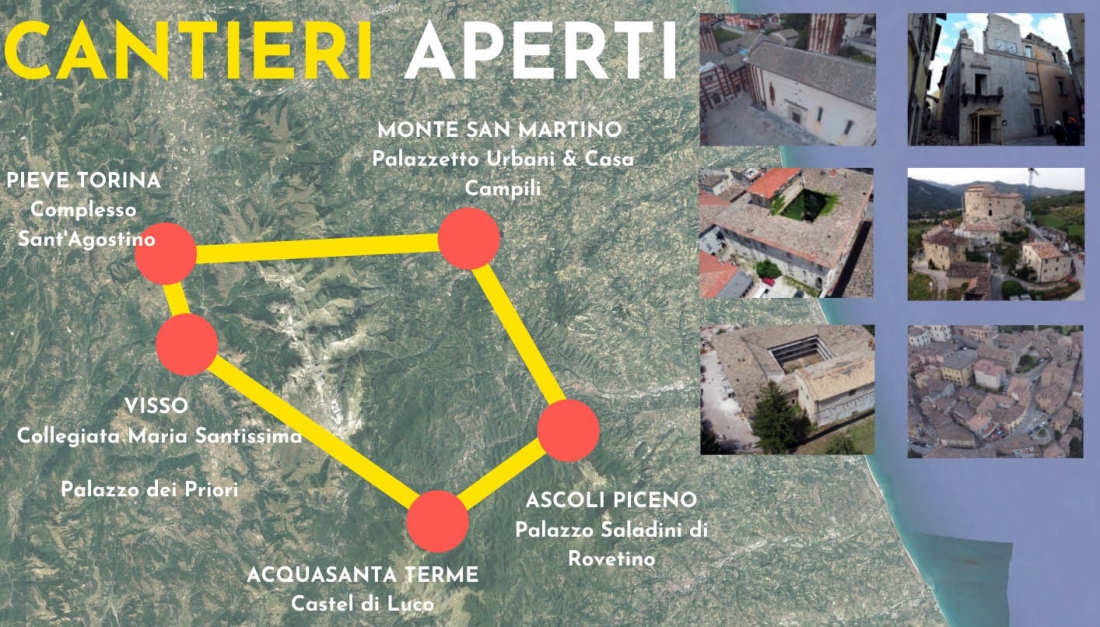 The project OPHERA, selected and co-financed by the European Commission in the framework of the Creative Europe – Small scale cooperation project 2018. The programme, was born with the aim of highlighting, as cultural expression,  the process of restoration of goods that were struck by the 2016 earthquake, an event which greatly damaged the rich historical-artistic, archaeological and architectonic heritage of the Marche region (Italy).

The heart of the OPHERA project therefore lays on the awareness that restoration of this heritage will allow it to be available to citizens as soon as possible and especially to future generations. The idea is to make accessible part of the damaged cultural heritage even now, getting a wider audience to know about the different steps of restorations with the use of interactive methods and tools, both traditional and advanced. Thanks to the contribution of ideas of our European team of cultural professionals, formed during the three workshops planned within the project, now the phase of “Cantieri Aperti” (open construction sites) begins, it foresees the realization of cultural moments in the selected sites, in order to facilitate the exchange between professionals of restoration and a wider audience, such as citizens, tourists, local administrators, students and cultural associations. The events proposed will thus allow the situation of the damaged cultural heritage to be known, to understand what is happening inside of the construction sites, when the heritage will be newly accessible and how it will be returned to the community at the end of the work. This “reconquest” will  happen through laboratories and guided tours, during which our key players of restorations will illustrate what has been done as well as what still needs to be completed.

See you in the Square! Exhibition area, restoring workshop and guided tours at the Saint Mary collegiate church and at the Priori Palace in Visso (MC).