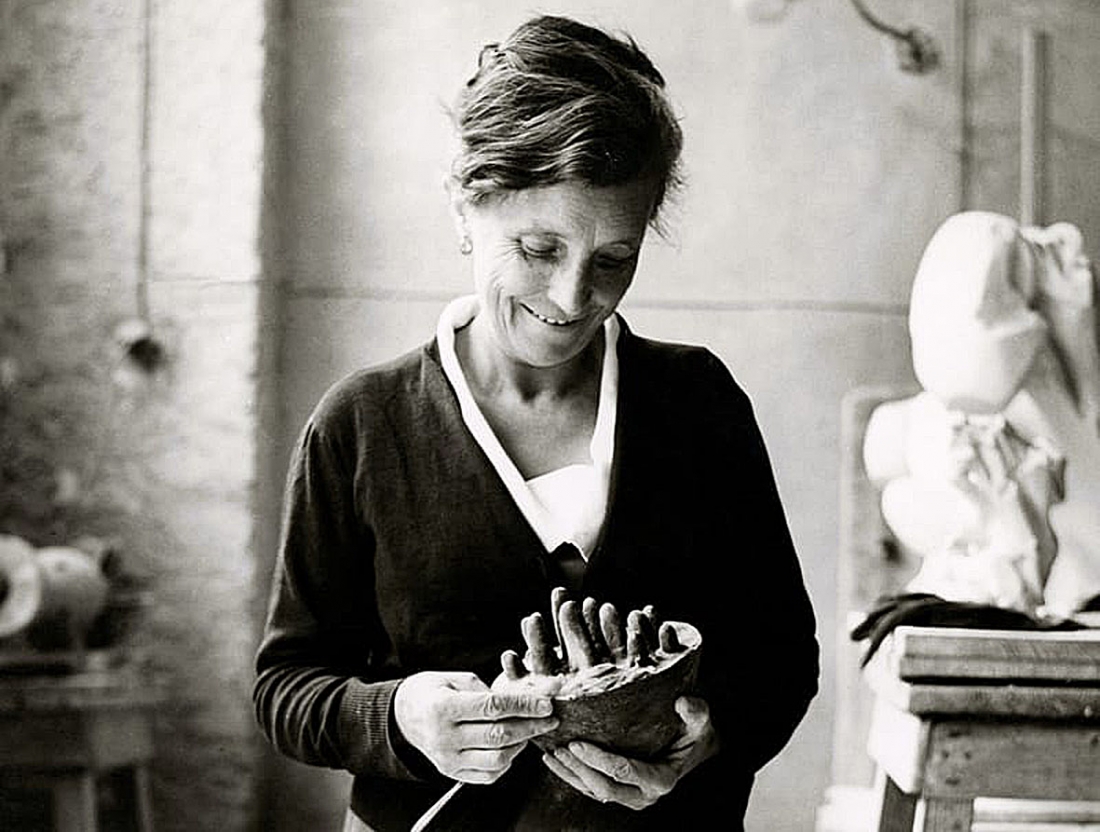 Women in Art and Crafts Movement: female artists began their fight for an equal place in the art world, by addressing the traditional notions of crafts and decorative arts.

The Arts and Crafts movement was an international trend in the decorative and fine arts that developed earliest and principally in the British Isles and subsequently spread across the British Empire and to the rest of Europe and America. Its ideology derived from two influential figures: the art critic John Ruskin and the designer and writer William Morris. Ruskin developed the need to rediscover craftsmanship and restore the pre-Victorian ideals of beauty, which later were put in writing and art form by William Morris.

The Arts and Crafts movement reached its peak between 1880 and 1910 in western Europe and in the United States, spanning Asia and more in particular Japan in the 1920s. During those years many designers, architects, manufacturers adopted the ideals unlighted by William Morris and John Ruskin. Among these sustainers, many were women.

The woman’s role in Crafts and Arts needs to be explained by considering the social and cultural position of women in the Victorian era.

“Angel in the House  » is the connotation used to describe the ideals of middle-class women during the Victorian age. It alluded mostly to the women’s engagement in the domestic environment. At the beginning the Arts and Crafts movement was oriented toward the domestic field such as homemade goods.Later, women started to be encouraged to participate in the craftwork even if their work remained for many years under-recognized. In the course of history, several associations were found by women for women contributing to greater recognition for female creativities. One of the most influential figures in the Arts and Crafts movement was Mary “May” Morris, daughter of William Morris the famous designer. Mary was the best designer, creators and jewelers in the Arts and Crafts movement in Britain.

She strongly supported the defense of women’s engagement in the craftwork and she strongly opposed the idea of labor division, demonstrating that women were not limited to subordinate positions. In 1907 she also established the Women’s Guild of Arts which was a platform for female artisans to let them gain a professional status.

The United States became the center of an important association of female art and craft workers. Among them we can remember Florence Koehler and Marie Zimmerman, both great jewelers.

Julia Morgan was one of the pioneering professionals in the architecture field, as well as the first woman to be admitted to the program at l’École nationale supérieure des Beaux-Arts in Paris and the first woman architect licensed in California.

What is interesting to see is that she represented the great transformation of women’s position in the art and craft’s fields. This was made thanks to her involvement in artistic projects, mostly reserved to man in that period. She became the pioneer of the usage of reinforced concrete, a material that proved to have superior seismic performance in the 1906 and 1989 earthquakes. (Littman, Julie (March 7, 2018). « Bay Area Architect Julia Morgan’s Legacy Wasn’t Just Hearst Castle ». busnow.com).

Those women are the examples of how much they were encouraged to participate in decorative arts even if at the same time, they were deprived of fine art education that in those years was reserved for the male members. It was not until the seventies and the emergence of Feminist Art Movement that female artists began their fight for the equal place in the art world, by addressing the traditional notions of crafts and decorative arts and the idea of “female aesthetics”. Their objective was to use their collective efforts to “change the world” ( « Feminist art movement ». The Art Story Foundation). Among the most famous feminist artist we can cite Louise Bourgeois, who was a French American artist. She is best known for her large-scale sculpture and installation art. Indeed, Bourgeois was also a prolific painter and printmaker.

Eva Hesse, a German sculptor known for her pioneering work in materials such as latex, fiberglass, and plastics.

Like much of Eva Hesse’s work, No Title substitutes fragile substances and irregular, organic forms for the rigid geometries and industrial materials of Minimalism, one of the dominant modes of art-making in the mid-1960s. The sculpture is one of Hesse’s last works before her untimely death at the age of thirty-four. To create it, Hesse dipped two separate pieces of knotted rope into liquid latex. The rope then hardened, providing an underlying weblike structure for the sculpture’s gracefully arching loops and dense, twisted segments. It attaches to the ceiling and walls in thirteen points, but these placements are flexible to allow for variable installations. This mutability was in keeping with Hesse’s intention for the work. A drawing she made while conceptualizing the piece was accompanied by a note which read, « hung irregularly tying knots as connections really letting it go as it will. Allowing it to determine more of the way it completes itself. » (source:Whitney Museum of American Art, New York )

In conclusion, it is important to say that those women were committed to different projects and aspirations, but they shared the same need for equality, representation and « freedom to respond to life… [Unimpeded] by traditional male mainstream”. (Deoritha Anne Waters, Three Feminist Perspectives on Visual Media: Influences of the Second Wave Feminist Movement on Women’s Art Education and Their Lives as Artists, ed. Deoritha Anne Waters (Michigan: ProQuest Dissertations Publishing, 2014).