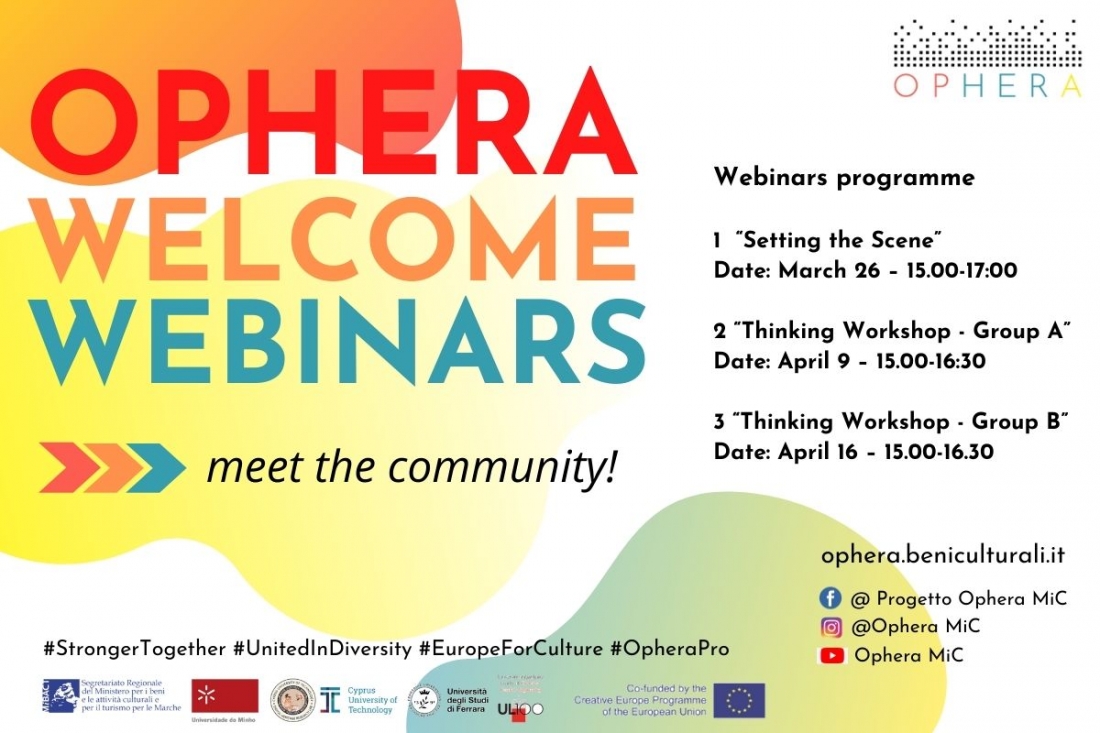 Over recent years, a growing number of disasters has affected millions across the world, whether as a result of earthquakes, floods, cyclones, tsunamis or other natural or human-made hazard, including climate change and armed conflicts. In addition to human lives, properties and infrastructure, disasters have caused severe damage to precious cultural heritage resources, as well as the disruption of century-old cultural practices, rituals and expressions.
Experience has shown, in this regard, that the effects of disasters on cultural heritage have a profound impact on the concerned communities, both material and psychological, which is further aggravated when populations are displaced. Conversely, the protection of cultural assets and the continuity of cultural practices at times of crisis has shown to be a critical factor of resilience anda condition for lasting recovery.
Far from being a secondary aspect, therefore, the protection of cultural heritage from disasters and its rapid recovery and rehabilitation in emergency situations is nowadays recognized as a key humanitarian and security issue, for example within the Sendai Framework for Disaster Risk Reduction 2015-2030 , on a par with other major societal concerns (e.g. economic, social, health and environmental).
A stronger consideration for culture and heritage, moreover, goes hand in hand with the need to empower communities, ultimately those who create and transmit such heritage, so as to enable them to play an active role in reducing disaster risks and planning for reconstruction. Again, the Sendai Framework and many other relevant international policies emphasize the importance of placing communities at the heart of disaster prevention, response and recovery. A specific area of work, called “community-based disaster risk reduction” (CBDRR), has stemmed from this approach.
Despite the above, local communities around the world are very often not engaged in the protection of their heritage from disasters, nor involved in critical decisions regarding its recovery. In the aftermath of major disasters, while search and rescue operations and stabilization interventions take place, inhabitants of affected areas are typically evacuated and prevented from accessing their houses and cultural landmarks (notably when these are designated as “red zones”).
While the safety consideration leading to these measures are understandable, their impact on the affected populations may be considerable. Very often, indeed, this forced separation lasts for months if not years, and sometimes becomes permanent, severing the people from their heritage and reducingtheir ability to enjoy, participate in, and transmit their culture, with devastating effects on the resilience of communities. In the meantime, priorities and strategies for recovery and reconstruction, with far reaching consequences on the lives of the population, are typically set by governmental agencies, through their staff and “experts”, who may or may not be aware of the cultural significance of certain places or practices, and of the new risks affecting them.
In the best scenarios, such as in the recent earthquakes that affected the central region of Italy, the authorities and civil defence agencies work in coordination with cultural institutions, such as the Ministry of Culture, thus enabling the salvaging and conservation of precious assets, made vulnerable by the disaster. Even then, however, and despite the best intentions of all those involved, the focus is too often on the physical recovery and protection of the main monuments and works of art, with less attention paid to the complex web of cultural relationships that binds a community together and with its local built and natural environment, which has been disrupted by the disaster. This may sometimes lead to inappropriate decisions, from the cultural point of view.
An example of such insensitive response to disasters are, in particular as a result of large earthquakes, the new residential areas where evacuees are settled, normally located nearby the damaged historical towns. Very rarely these new urbanized areas offer social and cultural spaces such as squares, cultural centres, museums, libraries which would help to maintain a continuity in the cultural development of the communities.
An additional aspect that is often neglected, is the fact that major disasters result often in the creation of new cultural values, either associated with the need to memorialize a tragic event, or simply because of the natural process of social change and transformation that take place after catastrophes, including large reconstruction projects and the relocation of people and their activities.
Communities tend to adapt culturally to new circumstances, by attributing new meanings to places and practices, which acquire a special significance to them and in timemay become part of their heritage. This ability to adapt is in itself a manifestation of the resilience of communities, while the specialists take, by definition, a more conservative approach and tend to dismiss new ideas and proposals as irrelevant if not dangerous.
The empowering and full engagement of affected populations in the cultural heritage conservation process after a disaster, in conclusion, is critical to support their resilience. It may foster a deep local cultural regeneration and would also help specialists in their technical choices and conservation strategies. In the process, local identity values – which are often taken for granted in ordinary times – may be rediscovered and strengthened as a foundation for lasting recovery and sustainable development.

Against this background, what would be the implications of placing communities at the centre of disaster risk prevention, response and recovery for cultural heritage? What are the main issues to be considered? And how would this be done in practice?
The webinar will begin to explore this complex question, building on the collective experience of the participants in the OPHERA Project, by focusing on three related issues, as follows:

These three aspects will be examined through a round table, involving six individuals with relevant knowledge of cultural heritage and direct experience of disasters. This will be followed by an open discussion.
By the end of the webinar, it is hoped that participants will have acquired a better understanding of the challenges and opportunities associated with applying a people-centred approach to cultural heritage conservation in a disaster situation. They will have done so by sharing relevant knowledge and reflections among themselves and members of local communities, based also on case studies familiar to them in post-emergency scenarios.